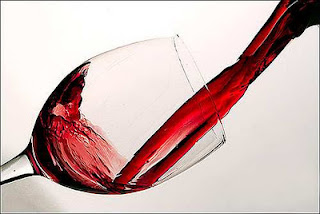 Last week I went on two first dates. I found one while fishing a a few weeks ago and the other was from Match, which I signed up for after another email from someone with just "sup" in the body.

Phil and I have been emailing back and forth for a couple of weeks now. I tend to loose interest in them fast if we don't meet with in about a week, so I asked him if he wanted to meet. He was down for it and we met at one of my favorite bars here. Velvet Tango Room has the best cocktails and I finally got to try one of the fizzes. I've been holding off because gin is not an alcohol I enjoy but I could barely taste it. Any hoodle,  back to the date. He was really nice and extremely easy to talk to. He was a little bit more on the pudgy side then I would like but I'm not going to be too picky there. We can change that in a jiff. We have several things in common such as education, sciencey jobs, and a couple of other things. I think the mistake of the evening came when we discussed a topic that should probably never be talked of on the 1st date. But, honestly, I'd rather just get it out there. We talked religion. I was raised catholic, don't practice and I question the existence of god. He is christian, corrected me when I said catholic and even gave a little discourse on it. I am ok with dating someone who is religious/believes in god. Just don't try to convert me or bring me over to your side. It's not going to happen. He, apparently, is not. Because that is the only explanation I have for how the evening ended. He paid and then abruptly ended the evening by saying he had to go, early to work, blah blah, and almost walked out the door with out me. Did not walk me to my car. Did not say have a good night or it's been fun I'll call you. He really almost ran to his car. I have never had a date do that. They at least lie to me a little. There is always a hug or a handshake. I would have been willing to try a 2nd date or even just be friends. He was fun to talk to. But I haven't heard from him, and it's been almost a week. SO, I'm writing him off.

John is a dentist and was my second date. He contacted me and the emails were a little brief but adequate. He also initiated meeting. The date was originally set for Thursday evening but due to a late office call John rescheduled it for Friday. This is after I showered, did my hair and makeup and was basically ready to step out the door. But no matter, I can be breezy. We decided to try the wine tasting event at our local market the next day. I had never heard about it and was slightly disappointed that I had never gone in the 3 years I've lived near it. I showed up at the appointed time to no date. A text went unanswered for 10 minutes but he did finally call saying he got stuck at work and would be there in 10. Fine. When he got there I found him rather attractive but the conversation was lacking. It could be a multiple of things. He's tired from a long day at work. Wine tasting in a large loud crowd makes talking difficult. I'm a bit rumpled from having to wait 30 minutes. All in all it wasn't my worst first date. It ended with a hug from him and a not so subtle hint from me that I would like to see him again. I, however, have not heard from him. Do I follow up? or move on to the next one? There was one odd thing that stuck out. He asked me several times if I would or have dated middle eastern men. I have not but I would. I find the dark olivey complexion attractive. Which explains why I was him. He was Indian. I still have no idea where he was going with this but it was odd.
Posted by CLE Runner at 3:36 PM