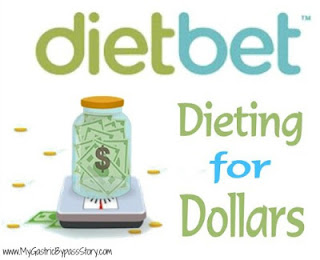 I have given myself permission to eat anything I want for the whole week following my marathon. This has included, milk, bread, rice, pasta, cupcakes, banana cake, ice cream, sorbet...........you get the picture.

And, honestly, I feel pretty crappy. Physically and mentally. My plan has always been to go strict Paleo again starting Sunday. And, since I did well with the Paleo challenge with my crossfit peeps, why not do another challenge? 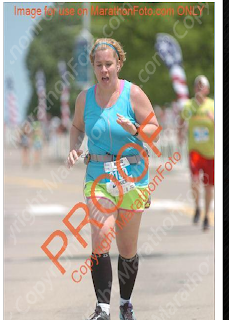 My little toes are a mess. My legs, I feel are capable of doing crossfit. If I could only get my feet into tennis shoes. At this moment I can barely get them into slippers, my pinkies are so sensitive.

The Cleveland marathon had 11 pictures of me. 10 are at the finish line. Serious? I was out there for almost 6 hours and only one pic from the course?

I did find this gem in the line up. I believe it is when I experienced acute pinkie toe pain. I thought my blister had popped but it hadn't. Maybe it is at this moment it burst forth from the depths of runners Hell.

Oh, Dear! I've failed to update you on 3 races.

First, I did get a message from Mark6.0. Apparently, his mother past away the Sunday I was coming home from Cinci. He did send me a message that Friday informing me of this and asking for some space to clear his head. So, I've given him the space but I am not waiting around. I'm supposed to have a date this week with a new guy. He seems a bit overly enthusiatic. Should be fun.

Now My races!
I did the Glass City half marathon on 4/28. It was rainy and chilly. I ruined my shoes. And came in at 2:24:59. Not my best but not my worst. My sister on the other hand partook in a relay team and blew them away with how fast she came in. I think it was a round a 7min mile. For someone who didn't really want to do it she kicked ASS!

The Flying Pig 10k was on May 4th. I really didn't want to do this race. I wasn't feeling it and just kind of wanted to stand around a cheer on my friends. But as one pointed out I would be bored and regret it in the morning. Since she's known me since 2nd grade she probably knew what she was talking about. And now I'm glad I ran it. It felt good. It felt easy. And I PRed! 1:04:57!

This past Sunday I did the Cleveland Full Marathon. I am still recovering. My target time was 5-5:15. I was on time at mile 20 coming in at 4hours. The last 6 miles SHOULD have taken 1:10. It did not. It took 1:45. The heat was horrible! The first half was cool with a breeze and there was a nice cloud cover. The second half was full on sun with temps in what felt like the 80's. I had to take off my left shoe twice to uncramp my toes and adjust my socks. My feet hurt so bad in this race. I can't tell if it was the heat causing them to swell or if it was wearing a new slightly broken in shoe. My legs felt good, though, and I knew at the split from the halfers that I had the last half in me. On the plus side I did not cry 6 times like I did in Detroit (probably due to the extreme heat and loss of fluids).

That's not to say I didn't get choked up. My mom and my sister came in for this run. They met me at mile 13/14 and my sister ran with my a little ways playing the Rocky theme song. IN A TUTU!! It was such a boost to see them and it really pushed me for the next 8 miles or so. Miles 22-25.5 was very rough. I was so tired and hot and burnt and sore. I just wanted it to be over. I started to walk more. I did 0.1 mile run then 0.1mile walk. Back and forth. Until I saw that crazy lady in rainbow tights and a blue tutu. And then I ran it in! With my sister (I may have teared up here to). She had gotten worried that I hadn't come in yet that she had started to walk the course backwards to find me. I'm so glad she did, had she not I don't know if I would have known that I had that last 0.7 run in me and I might have walked it in. I'm glad I ran it! THANK YOU!

24hours later I'm nursing blisters and some sore legs but nothing like I had after Detroit. I swore off marathons yesterday at the finish line and I'm thinking I was bit hasty. I was good till 20/22. My only problem was my feet and the sunburn. I really feel I would have done better in cooler temps........
...fall 2014?
Posted by CLE Runner at 12:42 PM No comments:

BLAH!!! Single again. Or, at least I assume so, since I have heard neither hide nor hair from him in 4 days. And, I still haven't heard anything after this text I sent..... 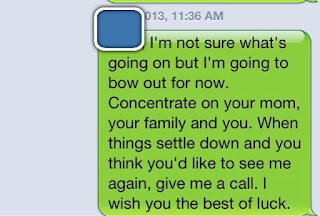 Seriously? WHAT THE FUCK?? Just so you know I didn't come to that text lightly. His mother has been "sick" for the last 3 weeks and I've given him some leeway on the communication/date front. But to ignore me completely is just plain craziness!

I've signed up again for online dating. This may sound fast to you since I sent that "let's call bullshit" text. But I've been through all the stages....
1. Frustrated. Did that.

It was suggested that I try OKCupid. Utter hilariousness! 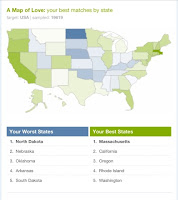 Apparently, I'm not only living in the wrong state but also the completely wrong area of the country! Whose up for a blog from NC?! 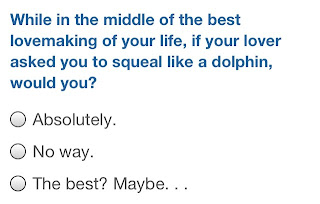 This was one of many crazy assed questions OKCupid asks. I've had a lot of fun sitting around my old lab with some friends answering all of them. Some have led to lively discussions. Some have led to laughter. This one reminded me of this episode of Friends.