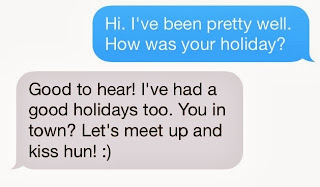 I'm heading out for a date with a 29yo MD. It's our fist meetup and so far I'm not impressed with the texting. I can't explain it but it feels like the slick salesman creeper feeling. The odds are 70/30 he'll walk in and motorboat me. I don't know why I keep entertaining the idea of dating guys in their 20's! I think I'm hoping that they'll have the vigor of a 23yo with the maturity of a 40yo. It's looking bleak.

Posted by CLE Runner at 6:10 PM No comments:

I really want one of these tanks but the only place I could wear it
is around the house and at the gym. And! Even then I'd be a little embarrassed since I'm not really sure my snatch is all that great.

I did purchase a jump rope from RX Smart Gear. I've only tried jumping with it once but I did more consecutive double unders with that rope than I have done in the past year with the ropes at my Box. If you're having trouble getting DUs try buying a rope made specifically for you. I was able to get a length specific fro my height and a rope weight contoured for my ability. Plus!! They come in crazy fun colors! I went with the Greyt White handles (they were on sale) a bright blue cable.
Posted by CLE Runner at 7:41 PM No comments:

A Tale in Text 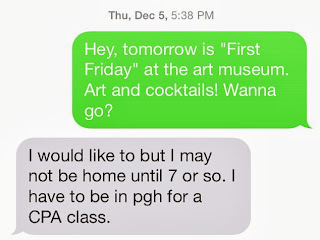 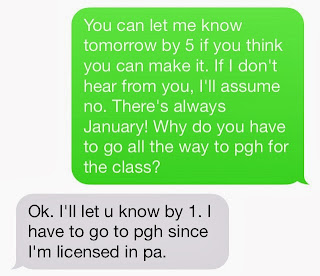 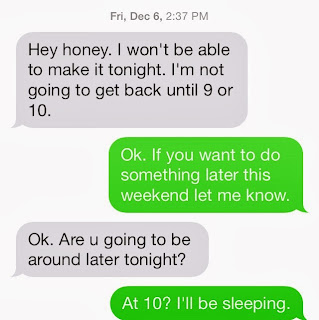 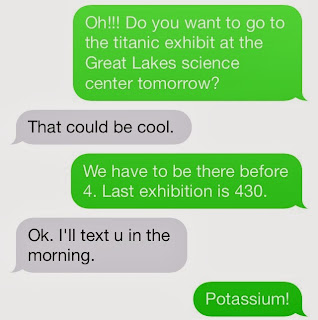 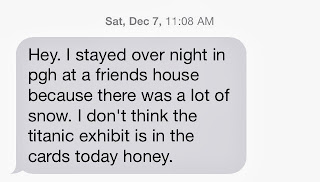 Saturday, Dec 14th a full week after canceling on me. 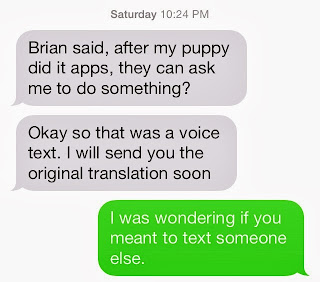 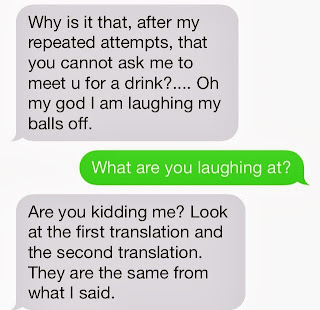 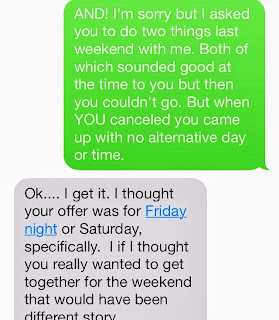 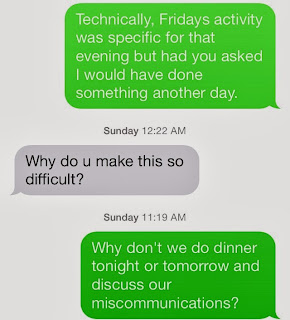 At the "Why do you make this so difficult?" I was just going to walk away but then I talked to my mother. She convinced me to attempt to sit down and hash it out and maybe we could get past this. To her, he seemed rather interested. He has continued to try to date me over the past 9months.
"Why do you make this so difficult?" has become a joke between a few of my friends and myself. 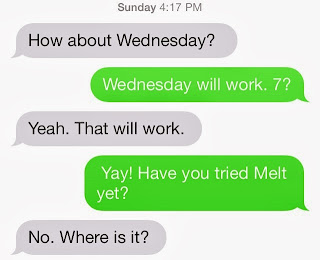 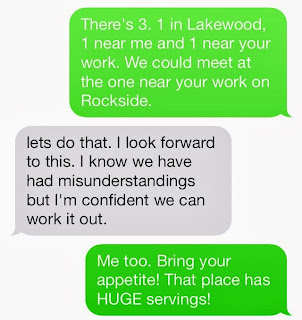 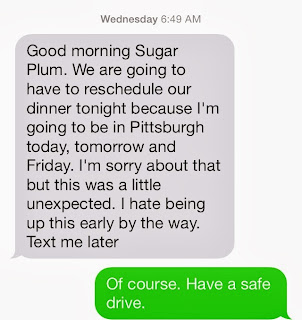 Calling me "Sugar Plum" is not going to make canceling on me for the 1000x any softer.
That's a sarcastic, "Of course." At this point I'm out! The only question is RETALIATION??

Yes, that was me. I can't tell if this is creepy and block him or just take it as a compliment and move on?
Posted by CLE Runner at 12:29 PM 2 comments:

And now my blog has come FULL CIRCLE!!
The GUY who caused me to start this blog, found me on one of the dating sites and sent an email. We've actually been pretty civil and talked running and a bit about our lives. I have no idea if he's still "down sized" or not. I kind of want to ask.....

I got several emails this week that were troubling.
1) asked if I gave good head. Mind you none of the words in the email were spelled correctly! I reported this one to the site and was assured "justice would be swift."
2) When did I become a cougar?! I'm not 50!! 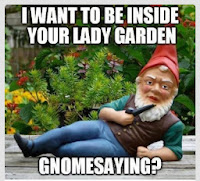 3) Some one asked me to tell them about my garden and all I can think about is The Bloggess's Lady Garden! Needless to say I haven't replied because I can't decide if he wants to know how trim I keep it or what flowers I harvest.

I swear there was more I wanted to talk about but that's what happens when you start an entry one day and then try to finish it the next.

Posted by CLE Runner at 7:46 PM No comments:

Let's face it. My job has long hours and I do most of my life stuff, ie cooking, cleaning, errands, on the weekends. I'm up early everyday, running, biking, CrossFitting, so I go to bed early. I have a demanding cat (saying that may categorize me as "cat lady"). All of this leaves me little time to "hang out" and meet someone. Plus, I'm not really the bar fly type and I don't want "that guy" either. Therefore, I do my dating almost exclusively online. I'm on 3 dating sites, all have the same profile and the same pictures. We email a couple of times, then we agree to meet and one of us gives the other our phone number. It's just easier to come to an agreement on where and when via text or voice.

And now we get into one of my pet peeves. Ninety-eight out of a hundred times I get asked for a picture. I have all my profile pictures on my phone and since they're already online I send one of those and then ask for one in return, which I set as their pic in my contacts. This makes it infinitely easier to keep track of conversations and dates. I  can link a convo with a face much better than with name.

Now, when they ask for a pic I know they don't want a pic that they've already seen. I KNOW what type of picture they want and I don't ever send those. I think its rather ballsy to ask for a topless picture from a girl you have not yet met in person or have only seen once or twice. Plus, I just don't like the idea of having pictures of my body out there. My refusal to send naked pictures doesn't go over well for the majority of the askers. This, then, tells me a lot about the guy and I have nothing to do with him any more.

Sometimes, the guy will play it cool at first but then ask randomly through out the "relationship." I find this extremely annoying. If I say no once asking me repeatedly is not going to change my mind and if anything it's going to get you a picture of my tonsils. I had one guy say, "no, send me a body pic." So, he got my tonsils. He didn't specify which part of my body.

Then there are those who just send a naked picture of themselves thinking you will reciprocate. That's a big fat negative! It's very shocking to receive a text notification, you expect it to be a picture of something funny or their cat or christmas decorations and instead it's naked mirror shot! I DID NOT ASK FOR THIS!! I HAVE NOT EVEN SEEN IT IN PERSON YET!! You are not turning me on.

In some ways technology has made dating so much easier. But, it comes with it's own pitfalls. I doubt people just getting to know each other were asked for naked pics before smartphones were around.