Put a Ring on It 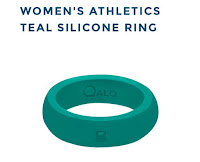 Now that my sister's wedding shower is over I can share this gem of a texteration. I'm not going to go into the shower cause this is not that kind of blog. Suffice it to say it was beautiful, fun, and everything I wanted and she hoped it would be.

Now, this is a textertion between myself and one of my best friends of about 20 years. We met in 1993 to give you a scale of the friendship. 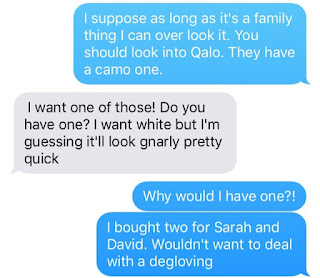 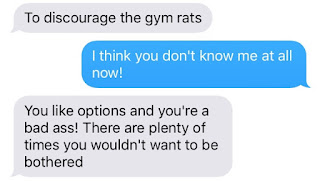 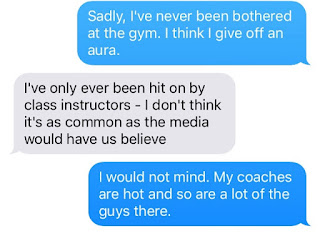 Posted by CLE Runner at 9:49 PM No comments:

When I left off with George I was getting ready to go to his place for an evening. And I did. And it was pretty fun. Yes, he made innuendos and played the "let's watch this movie in my room" card. But I kept it all PG and had a great time. He even quoted Friends which DID score him some brownie points. However, I did not like his persistence on the whole sex front and I did not appreciate what he said to me about my clothing. The clothing comment boiled down to no girl wearing what I was wearing would come over expecting to ONLY watch a movie. It sniffed of victim blaming. I would like to point out that I was wearing leggings and a tank top. 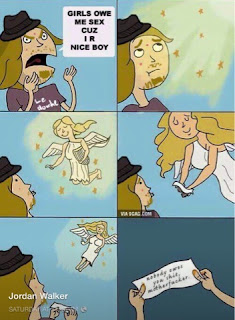 I brushed this off, thinking maybe he doesn't hear himself. And the fact that we got along in every other way. We had the banter down. The teasing. The chemistry.

And then he came over to my house.

I saw him pull in but it was 5 min and he still hadn't come to the door. What was he doing you ask? Pulling the weeds/grass out of the cracks in my driveway. "No girl who is a friend of mine is going to live like the Clampets." Then he asked where my mower was cause my grass was not to the height he felt it should be. I will say that I haven't mowed in awhile and the grass was a bit high. But not so high that it was obnoxious.

After I talked him out of mowing, we went inside to discuss dinner and the evening. I was in the kitchen and when I turned around he was gone. Where could he have gone? Mind you, this is the first time he's been in my house. I found him sprawled out on my BED! WTF dude!? Ok, maybe he's just overly familiar. I rolled with it.

Dinner. He didn't want what I had prepared previously, so we went to Whole Foods and he picked up some prepared foods for himself. I ate what I already had. After dinner, though, we were relaxing on the couch watching Breaking Bad and bantering back and forth..... 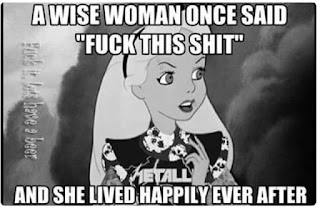 and then he says, "Lets go in your room and watch this."
Well, we can't do that. I don't have a working tv in there, so the ploy is not work able. Then he says he just wants to go in there and cuddle, talk, and just relax together. I didn't see why we couldn't do that on the couch.

After a few back and forth like this he says, "If we don't go in there I'm going home."

He left and I haven't talked to him since. I am dating (in the loose sense of the word) George Clooney!

Ok, not the real George but close enough he could pass for his pudgier brother. According to him I am not the first person to think this. On the first date George wanted to take a selfie. I find this odd, my friends find it cute. The date itself was ok. Obviously, he's attractive. He's funny. Attentive. But the date itself had an interview feel to it with rapid fire questions. He kisses well, though. 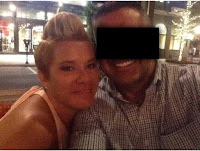 48 hours later found me on a second date with him. Let me say that again FOURTY EIGHT HOURS!!
On a Tuesday. So many reservations... Maybe it was a strike while the irons hot sort of thing.

Then he wanted to pick me up. More reservations! Second date, he now knows were I live. If the date goes bad I can't escape to my car and leave. The date is no longer on my time table.

Ok, breath. I can give up a little control. And I did. He picked me up. We went to dinner. I found out he has MS (not sure how I feel on this). He hasn't had a consistant job. He's still bitter about his divorce (rather fresh). He has children. That is the extent of what I know. I feel like I know nothing of substance from him. He jokes a lot, to the point where I don't know if he's joking or for real.

The real point of this post is this gem:

When we get back to my house (8:45), he pulls ALL the way up my drive and parks in front of my garage. Guys I dated for 6 months and actually stayed the night never did this! He proceeds to act like he's coming in at which point I ask what he's doing..
"aren't you going to ask me in?" 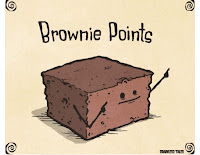 "No. It's almost 9oclock and I need to go to bed for the gym in the morning."
"oh"
We sit in the car for a few minutes, talking with the occasional kiss. He then says:
"I would just like to point out that I think I should      get some brownie points."
"You do? For what?"
"I haven't touched your boobs or grabbed your ass all night."
"So, you think you get brownie points for being a decent human being, doing what normal people would do and not being a douchebag?"
"Yes, I've been a gentleman."
"No, you're being normal and asking for "points" kind of takes away from the whole "gelntleman" thing." I hope he thinks about this. Not sure it hit home.

He then asked me to spend an evening with him sometime this weekend. And by evening he means all night, but he'll sleep in another room if I want. I've agreed to see him again, like I said I feel I don't know the true George and observing him in his natural habitat may help. I did not agree to the sleep over. The only way that is going to happen is if I get VERY drunk or he drugs me. I'm taking pepper spray.

Stay tuned!
PS. In rereading this I'd like to make a point. In telling/asking me to stay the night ahead of time he has basically cock blocked himself. Had he just let the night play out he would have gotten a lot further. That's the trouble with some guys that I've talked to. They want to know ahead of time if they are going to get "any." That is a turn off and makes the outcome 100% no. Had they just taken me for drinks, and played the night out and been a cool decent person then the odds are 50/50.