I know it's been awhile since I've posted. Life has been busy. I'm back to crossfit at the gym on my own. I've been working crazy hours. And of course, I've been dating. 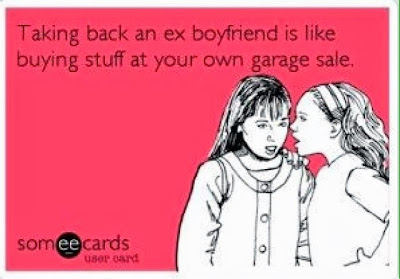 Back at the end of December I was emailed by Tex via the dating site we originally met on. He wanted to catch up and was oblivious to the fact that it had been a year and half. We met for drinks and of course it was fun. He definitely makes me laugh. But nothing had changed except his address. He was still selfish. Still smoked like chimney even though he had boncitis. He refused to come to me and of the 5 or so dates I had to come to him. AND even bring dinner sometimes. I don't mind it once in awhile but it was the same as last time we dated. I brought up the fact that I was always coming to him and he basically stated that that was how it would be 99/100 times. He had some reasoning which was really just justification. We both got really busy with work and since neither one of us are phone people it felt very distant. Evey once in awhile he'd text but it just never felt right and I basically ended it.

In the process of ending what ever it was with Tex, cause it certainly wasn't a full relationship, I met someone else. We've been dating for 5 weeks now and it is so much different than with Tex or others that I've dated. We have quite a bit in common and quite a bit that's not. He is very extroverted, whereas I am very introverted. So far it hasn't been that big of a problem. He's understanding when I tell him I need to hang up and head to bed. He knows I go to the gym super early and it's not like we don't talk at all. We have a couple of other differences but if James Carville and Mary Matalin can work through theirs we probably can too. 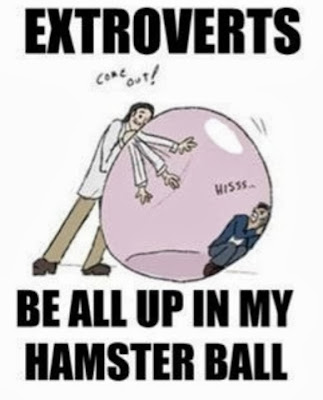 I have one more DUDE to talk about. Yesterday I was at the gym doing my crossfit workout. My warm up was 600meters on the rowing machine, practice some double unders (getting better) and then some stretching. This was followed by 1-1-1-1-1 Squat cleans. The last time I did SC's I PRed at 100#s. My goal was to do 105-110#. Well, I blew that out of the water with 125#s!! But, in the middle of me doing them this guy who was working out next to me puts up his hands asking me to stop what I'm doing. SERIOUSLY?!?!?! Do you not know how gym time works? Any ways, he told me that he's REALLY impressed with my squat cleans. What are you impressed with? My impeccable form? That my ass almost touches the floor at the bottom of the squat? That I'm a girl and doing this type of lifting? Yes, it was nice to hear but still incredibly weird.

Well, this week was a bust on the Paleo front. I was pretty good for most of the time. However, there were several days where I worked till 6 or 8 at night. The last thing I wanted to do on those days was cook dinner. Those days also made it difficult to get up in the morning for the gym. So, at least I was consistent in my failure.

Hopefully, this week will be different. I shouldn't have many late nights at work since I mainly have meetings.
Posted by CLE Runner at 5:30 PM No comments: