So this happened this weekend.


Basically, just like that but I didn't end up flying off to the UK. I eventually said "I love you" in return but it felt a little forced. It's not that I don't care for Whiskey, I do. I think I'm just a little more closed and protective of my feelings. I realize that this may be a mixed signal based on what happened a couple of weeks ago. I hope he just bares with me while I work this all out!
Posted by CLE Runner at 3:39 PM No comments:

Just when I was feeling back to normal.....I was more paleo than I have been. I made it a whole 2 weeks to the gym as scheduled. I lost 2#'s. And then BOOM! Virus attack! Saturdays 4mile run was postponed to Sunday, since I could barely breathe out my nose and my throat was raw (wasn't the tonsilectomy supposed to cure that?). And Sunday's run was canceled. I was feeling some what better but I still could not breathe! 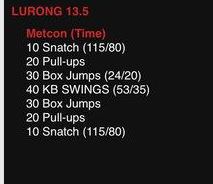 I woke up Monday feeling pretty good and decided I would do my crossfit workout. It was rough! I had labored breathing and actually had to stop several times. My final time 15min 15 sec was such a disappointment considering I had done this very same workout in October in 7min 42 sec. UGH!!! My lungs hurt for a couple of hours after that too.

This morning, Tuesday, I did my scheduled 3 miles. Aaaand, I came in 7 minutes slower than normal. This virus needs to kick it!!