There should be 7-10, depending on how you break it up. Also, the incorrect use of "seen" drives me insane! You may be new to online dating but I suspect not new to English grammar.

Posted by CLE Runner at 4:54 PM No comments:

This happened very early, 12:15am Saturday! 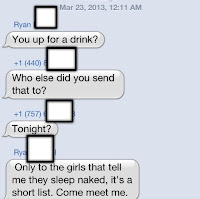 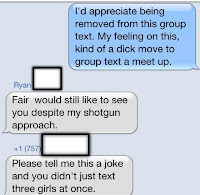 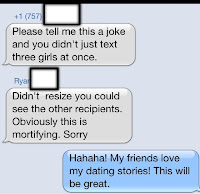 Then I went out with an aggressively amorous guy who has needy girl tendencies.

Sunday was a success of sorts. I had lunch at B Spot, YUM, with a friend. And then we went shopping, which was a bust for both of us. Still lived the girl time though.

Posted by CLE Runner at 3:57 PM No comments:

I now have bruises along my collar bone from the cleans. I was discussing the bruising with a girl in class the last time we did a ton of cleans. "With these bruises CrossFit is really going make topless season interesting" She just kind of looked at me and then said, "I'd say any topless season would be interesting." I meant sleeveless/strapless. She knew what I meant but it was funny all the same.
Paleo is touch and go at the moment. Work is still crazy! I left tonight at 7pm!

Posted by CLE Runner at 8:04 PM No comments:

Left It a Little Late

Normally, I have my races planned and registered for by now. This apparently is not a normal year. I've had my race lineup in my head for awhile. But before I could register I had to get some dates cleared by friends and family. 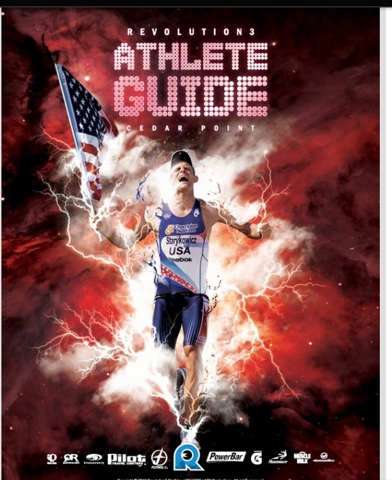 I'm so excited that A) I'm running Akron again, B) finally doing an RnR!

I may add another 1/2IM in June. It depends in how the CLE full and training goes.

Posted by CLE Runner at 1:05 PM No comments: 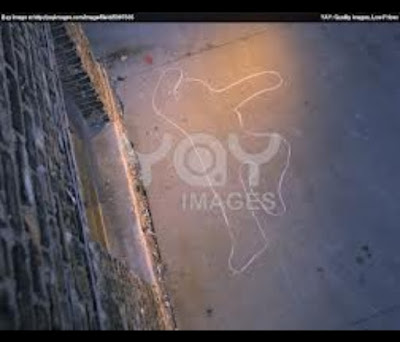 I hit it hard.

The day was beautiful when I woke up, 50 and sunny. Possibly a little to windy but all in all a great day for a run. I was super excited to have a sunny run for my first 10 miler in months that I basically just ran out if the house. I was torn at first on a skirt or tights. 50 is that borderline temp where it could go either way. Since it was do windy I went with tights. But that's really all the thinking I gave this run.

I ran into problems at mile 7. Tired, hungry. My legs just were tired. I even stumbled a couple of times. It took me another mile to realize why this was happening. I forgot to GU!!! 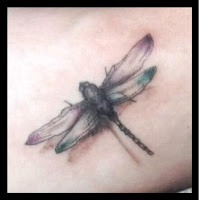 If I run more than 8miles I GU at least once. For this 10miler I should have taken one at mile 5. It was a rough 3 miles back home. I ran/walked it and only came in 10 minutes later than I thought I should have.

Oh, and I'm thinking of another tat. Although, that could be the effects of the Bon Jovi concert.

Posted by CLE Runner at 1:24 PM No comments: