I think I might be in that sweet age spot. I'm old enough to be hit on by a 19yo looking for an "older lady" and still young enough to be an older guys "trophy." 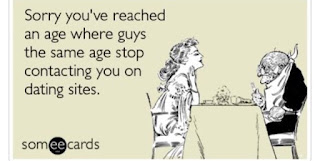 Friday, I was hit on by a 19yo college student who has a thing for older women. After I dismissed him as a child, he wanted to snapchat me. First, I don't snapchat. I don't get it. Second, I'm pretty sure if I did have snapchat he was just going to send me a dick pic to show me what I'd be missing.

I was also hit on by a 57yo. I should point out that until writing this I thought he was 55. HE IS 10 YEARS YOUNGER THAN MY DAD!! He has sent me messages periodically in the past and I've just ignored him, mostly because of the age and because he never had any pictures. I thought I'd humor him this time and wrote back. Some how I got talked into meeting for a drink. Well, not some how, it's been raining like mad here and I've been stuck in the house almost the whole weekend. A drink out and some conversation sounds mighty nice. It's at 3pm. Just in time for Early Bird Dinner!

**Ok, It wasn't awful but it wasn't great. And the whole time I kept thinking, "you could be my dad!" He's not my type even if he was younger.

**The 19yo keeps emailing. I may think about giving him a chance. I'm bored and he's only around for the summer.
Posted by CLE Runner at 8:26 PM 1 comment: 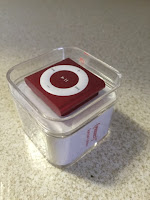 I put Atalanta the first to sleep last night. She was getting to be too much work. In case you don't remember Atalanta is the name I gave to my iPod shuffle. She was orange and beautiful and worked wonderfully for 4 or 5 years. But over the past year she's been crapping out a mile or two into a run, even on a fresh charge. If I reset her to factory and then reloaded her she lasted for a whole run or two.

Last Thursday was the last straw! I was a mile into a three mile run and she completely stopped playing. It was very uncool. Right after yoga I marched over to the Apple store and purchased a new one. My plan was to get another orange one, it's a pretty color. But they had a Product (Red) one and it was candy apple red. Gorgeous!! Same price and a percent of the proceeds would go to help fight AIDS. And I'm sold.

Took her out this morning and she's wonderful!

Also, this may or may not be my new wallpaper on my phone. 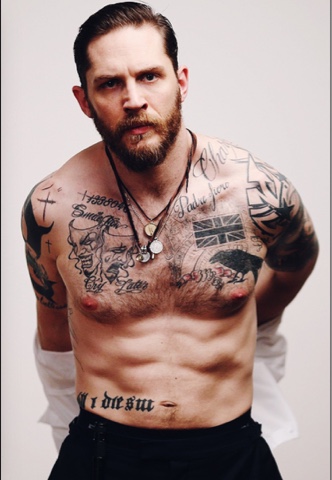 Y'all! I am guilty of street harassment! In my head.


This is how it went down:
I was walking into work the other day and this hot, bearded, besuited MAN was in front of me. And LORD if the view from behind was not beautiful. In my head he turned to me and asked what I was doing. "Just admiring the view." And then it hit me! That is total street harassment. Dear God!

And then I used it to my advantage. The above convo happened again but then I said, "I am sorry! That is total street harassment. And I'm completely against it." That led to a great conversation and a follow up date.

And all of this took place IN MY HEAD!!!

I may be crazy.
Posted by CLE Runner at 7:55 AM No comments: