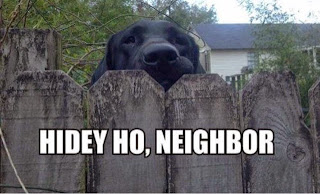 This past Saturday I did a 3 mile run and then promptly came home to shower. It was hot and I was sweaty. Saturdays are also the days I do my grocery shopping, so after my 2 hours of liesurely coffee sipping, I drove off to the Market. As I pulled out of my drive I could not for the life of me remember if I put on deodorant. Being the only logical thing, I sniffed my pits, in my car with the windows down, rocking out loudly to Dirty Diana......as I drove past the hot new neighbor drinking his coffee on his front porch.

Lesson? 1. Always be aware of new nieghbors.
2. maybe you should look around before sniffing your pits!
Posted by CLE Runner at 8:53 PM 1 comment:

This past weekend I ran the Flying Pig 10K. I survived, which is the best I can say.

No. That's not true. I ran most of it and my achilles bothered me very little, even after (bourbon may be key in recovery). I came in 10min slower than my very first 10K but it has kick started me into running again. 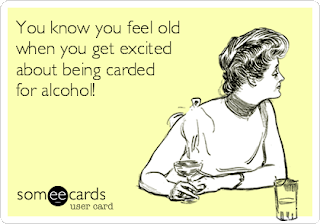 But, while down in Cinci I stayed with a very close friend, Jane, and her husband. We always spend Friday night catching up with maybe a drink and Friday I had a small Makers on ice. I was complaining about how old I feel and need to state my age, at which point I forgot how old I was and instead said 56. CLEARLY a lie but it stuck all weekend.

Me: These shoes are really bothering my feet.
Jane: Well, you are 56, so it's to be expected.

Me: I think I'm drunk. I've only had 2 sangrias.
Jane: That's because you're 56 and you can't handle your liquor anymore.

But the main point is this. Her and I went out to lunch after the race. She ordered a beer and got carded. I ordered sangria and did not. At first I was happy about this. I don't have to dig for my ID, which I may have forgotten (it happens). And I'm finally adult enough to not look underage. But then I realized Jane and I are the same age and CLEARLY I look older. Or 56 to be exact. Had I actually had a couple of drinks prior to not getting carded I may have gotten belligerent. Instead, I silently pouted.
Posted by CLE Runner at 3:34 PM 2 comments:

Lord, today has been a trial! And most of it has been the dating equivalent of first world problems. 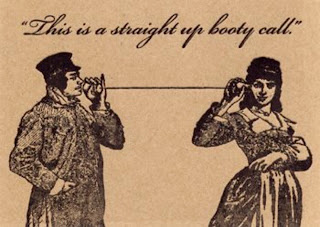 For starters I woke up an hour before my alarm making it impossible to justify not running! So, I went out for a 3 miler, grabbing my Garmin and my shuffle. A mile into the run my shuffle died. AGAIN! It's really only making 3 (extremely short) runs before dying and needing to be restored. Problem, No music. I almost turned around and called it quits. But, I stuck it out and had to listen to me huffing and puffing. I've reset it again and put all my music back on it but it's getting super annoying. I hate the thought of buying a new one, I've only had it 4 years and I feel like it should last forever! I'm pretty sure I can turn it in and they will donate it to someone but I really don't want to spend $50.

Over breakfast I was trying to line up a "date" for tonight. Really more of a friends with benefits type thing. I had tentative plans with Hot Dan, the carpenter, who I mentioned in the last post of maybe converting him to a BF. Then he had to go a get the feels and all mushy on me. In the process of telling me he could not make it tonight he informed me that he didn't want to reconnect and have a great time with me if I was just going to end up dating someone else. He apparently, was very hurt when I told him I was dating Joshua. I had no idea that he wanted more and pointed that out. Well, I kind of cock blocked myself on that one.

I went to my back up, Stan. Yesterday he was all hitting me up to hang out but when I texted to hang out tonight he had to get all ragey with his physical therapist. It was medicine induced and they have changed his pain meds but he wants to take a couple of days and get his shit together. Fair. But I just need a little maintenance!

What is the point of having two booty calls if neither can can make it?! 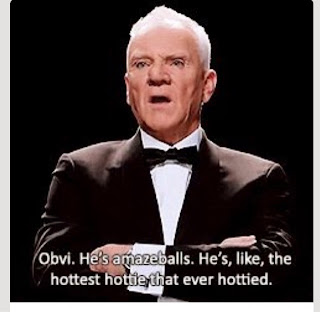 An update on actual dating. I had an amazing date with Douglas briefly mentioned at the end of this post and this post. If I remember correctly we had 3 great dates at the start of 2012 and I really liked him but he then put me in maintenance mode and ended up getting back with an ex. We however became friends on FB and have periodically talked about getting drinks. Well, he found me on OkCupid, we emailed, texted and finally got drinks last night. And I have to tell you, I completely forgot how hot he is. It was probably the best 4 hour date I have ever had. It ended well and we have texted a bit today. I'm hopeful for another date this weekend. He does travel a lot for work and I have no idea what his schedule is like.

THIS however, will probably kill Hot Dan should it work out. He takes each successive maintenance mode worse and worse.