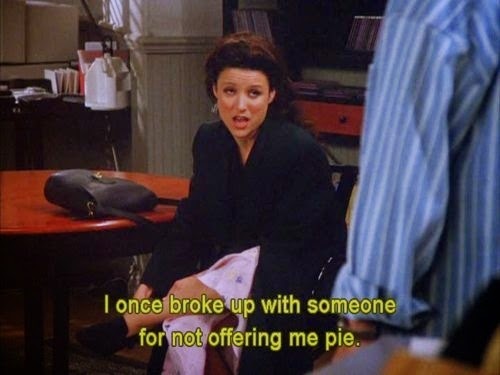 If you think about relationships, any kind for that matter, they are basically like elections. You put up a profile with your qualifications, what you're looking for, and a (hopefully) recent picture. Or, you show yourself in the best possible light to others in your social circle, at the bar, in school, or at the book club. You are asking someone to commit to a relationship for a month, half a year, a couple of years or "to infinity and beyond."

Like elections you can opt not to continue said relationship. It can be as easy as defriending on facebook, slowly phasing them out of the circle, having a blow out and walking away, or just being "eh, you add nothing to my life. I'm done."

Wouldn't it be nice if you could administer an exit poll? Maybe not for all of those that walk away, especially for those in which the answer is very VERY clear. But for some others it's not so much. The ones that say "you're a great girl but the timing is just off. I'm technically still married and really need to get my shit together." (For the record, I completely agree with this statement, he was just sooo hot!)

Is it really that? Or, that I wouldn't facetime you? I'm honestly curious. I completely respect their right to walk away and go find their self. I did it once, took two years. I've also used this excuse when it was nicer than saying, "If I have to eat with you one more time, I'm going to stab you."

So, the exit poll is where they can be completely honest because it would come with an agreement not to stalk, harm or in anyway go crazy because of the answer (I would never). Also, for the record, I am a researcher and really interested in the how's and why's. I think I should make up a questionaire to be used when the next relationship ends. Just to be prepared. Cause I'm also a planner.

It might make me a better person. I mean, I'm awesome, I know, and seven people will attest to that but there's always room for improvement.

***Just to be clear about the guy that inspired this post. We were not in a relationship, it was one date. But the excuse made me think.

UPDATE: After 24 hours he apparently re-evaluated his decision and called me back asking to meet up again. I said yes (the dude is that hot) but it kind of irks me.
Posted by CLE Runner at 2:10 PM

Love the idea of an exit poll!