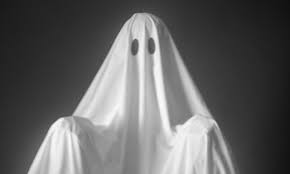 I'm trying to learn the art. I was talking to this guy and we went out a few times, 3 to be exact. I questioned whether to continue after the second date but went on the third to make sure of my decision. Shortly after the third date he left the country for a little over a week. A week after he got back I left the country for a week. I kind of thought in that time apart he would just get distracted and
I wouldn't have to really do anything. I took the route of GHOSTING. I never texted him first and took a while in returning his, if I returned them. I'm hoping he finally is getting the hint. I haven't heard from him in bit.

**Update, I wrote this a few days ago and since i haven't heard from the guy in 4 days I'm going with success.

****update#2, I actually wrote this a month ago, and have just received a text asking how my Easter was. It's been a month!

Yeah ghosting in a real relationship is a bit of a jerk move, but when it was three dates and you both went weeks without talking, then Casper away.